Williams Smith & Summers is located in Lake County of Florida state. On the street of West Alfred Street and street number is 380. To communicate or ask something with the place, the Phone number is (352) 343-6655. You can get more information from their website.
The coordinates that you can use in navigation applications to get to find Williams Smith & Summers quickly are 28.8044034 ,-81.7309489 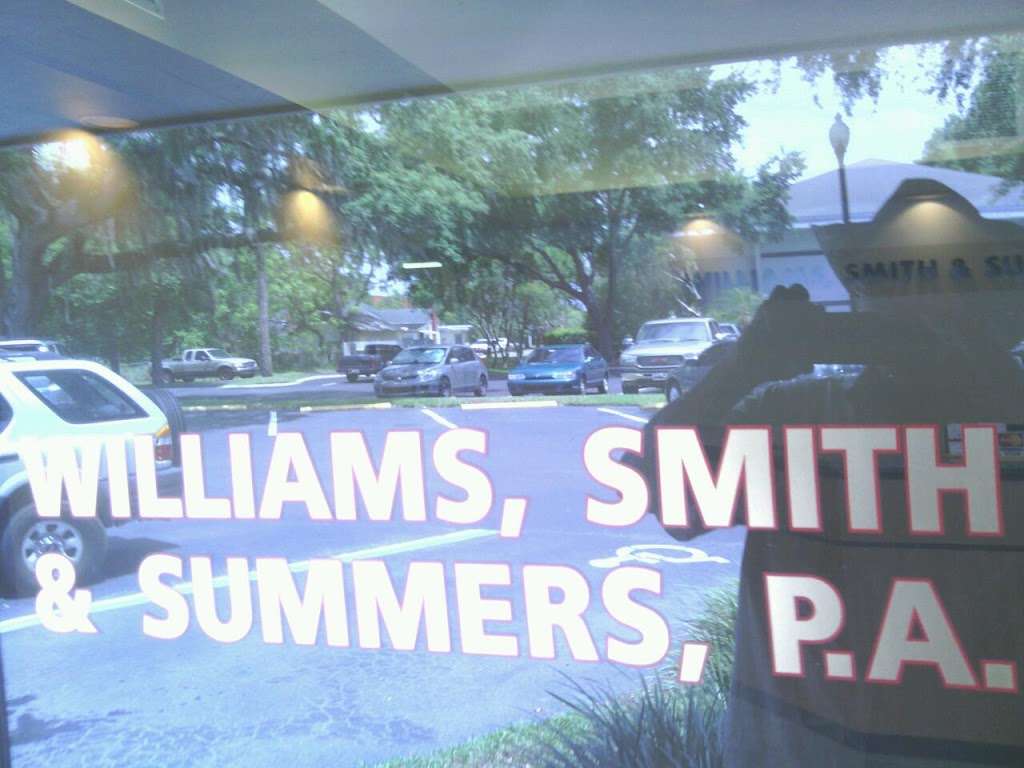 
Williams Smith & Summers On the Web

Their telephone numbers and e-mail addresses will also remain the same - (352)-343-6655 and rqw@wssattorneys.com and gls@wssattorneys.com. Although we are changing our practice structure and physical locations, we are not changing our strong friendship and respect for each other.

Request a price quotation from Williams Smith & Summers attorney, including all subsequent fees, on telephone: (352) 343-6655; (352) 343-4267 or on their official website. It is up to you to decide whether the legal services of a specific lawyer are affordable for you.

Congratulations to Colin Barco on the closing of his new home! Pictured with me are Mr. Barco, Cricket Payne with Williams Smith & Summers PA Attys, and Reggie Carruthers with Oxford Land Co.

Williams, Smith & Summers, P.A. is a law firm in Tavares, FL with 1 attorneys selected to the Super Lawyers or Rising Stars lists.